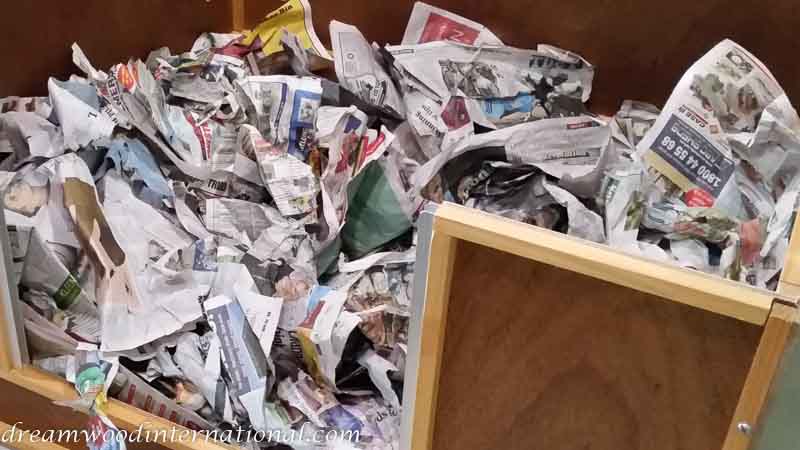 A few months ago, my sister Dreamwood Taracastle (Enya) and The Boss left home one evening and didn't come back till late.

Now this behaviour is not at all like Enya, who is usually tucked into bed by 7 o'clock after dinner and 'lights out'.

I discussed this with my kennel mate Dreamwood Gaibrial (Gaib) and he said he remembered this sort of thing happened once before.

The best part was that 3 were Red and White - which is a very special colour for a Border Collie - just like me.

Could this be happening again?

Well sure enough, her tummy started showing those tell-tale signs and then The Boss invited her to sleep in the big house at night - pretty special treatment.

There was a lot of paper tearing going on in the house at all hours - Enya does a great job of filling the whelping box with mounds of shredded paper.

The Boss worries that she'll lose the puppies when they're born - just look at that picture of the whelping box!.

Anyhow, a few days later the Webmaster told us that sure enough - more puppies had arrived.

But this time there were no Reds!

We all know that red is a 'recessive gene' - which is one of the reasons I am so special.

Enya and her 'friend' Teyha on the money (Ritchie) are both Black and White, but they both have that special recessive red gene.

The Boss says that the 6 girls and 2 boys are all very beautiful and growing well.

I heard from the Webmaster that there's a video on the website of the little ones crawling around looking for their feet - I do hope they find them.